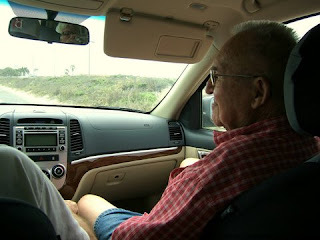 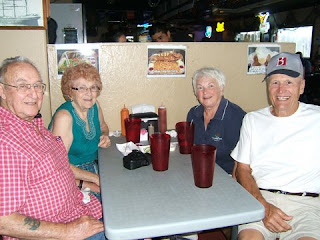 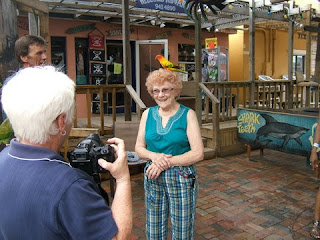 Playing with the Parrots 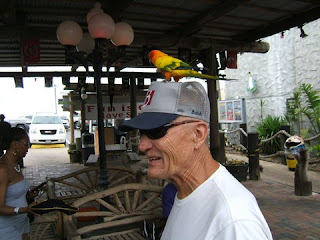 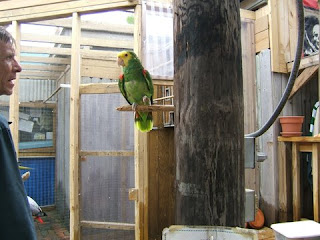 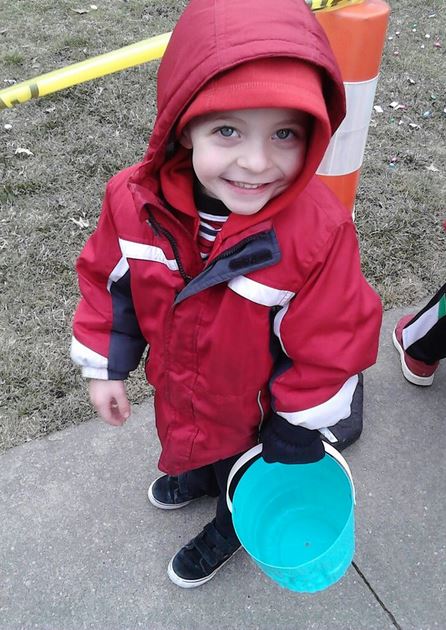 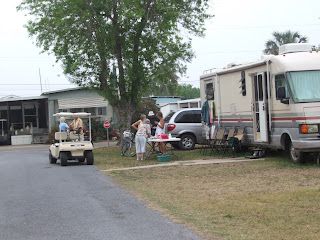 My walk took longer this morning. Just had to stop for a quick look at each place having a sale.

As we progress into next week we will be storm watching for sure but so far the 10 day outlook is improving for central Iowa with temps in the 40's and 50's for first part of April. This year that looks about as good as it is going to get for awhile.
Today we went to South Padre with Dale and Norma after computer class. Our goal was to enjoy shrimp at Dirty Al's and indeed we did. The weather was warm but kind of cloudy and gray. We stopped at Davey Jones Ice Cream  Locker after touring the island for a bit. We asked Dave how long Spring break lasted and he said the entire month of March is considered Spring break but he said the week from hell is Easter week when the "elite" of Mexico come north for their vacation. He said, "They unfortunately leave their servants at home but they expect all the population of South Padre to act as servants while they are here". He said they are rude and messy. They eat later than US people descending on a restaurant at 9:00 or 10:00 PM, 20 at a time and then they will order but move around between when they order and when they receive their meal and it drives the waiters and waitresses nuts. In addition they treat staff rudely and are messy. During Spring break the maintenance people clean the beaches once a day but the only time of the year they need to clean them twice a day is when the upper crust of Mexico come to South Padre to visit. Now this is not kids we are talking about. For the most part it is families. Does not make a good impression. When people hate to see you coming it is never good.
We had a fun day on South Padre and I think we would be welcome to return.
Posted by Barbara Brooker at 3/22/2013 09:48:00 PM No comments:

A Run to Mexico and other stuff

Butch and I went to Mexico to pick up the last of the things we had planned to get before we head north. We loaded up on all the meds that cost a pittance there and a fortune here. One of the things we purchased was Jason's gout medicine- alopurinol- a years supply from Mexico cost what a months supply does here. Since we had 18 boxes of it we decided to double it up for ease of transport giving us only 9 boxes to carry. I too have gout on occasion  so I carried that bag. Butch carried some meds for Leo but the boxes were full enough we couldn't double them up...good thing too...more about that later.
After our shopping excursion we went to the Canada Store and Garcia's above it for Panchos and cokes for lunch. We are never disappointed. They were Sooo good.
Scrutiny at the border is still very tight and they mix it up for good measure. Butch and I were in separate lines. Ahead of me in line were two Latino young people in their teens or early twenties. The girl was first and she had a drivers license and was questioned closely and the final words were, " I am giving you a warning. Do not come through here again unless you have a passport." And then the young man tries and all he has is a Social Security card. She asks, "Where were you born?" "Harlingen" and then he said something I could not hear and she said, "I would certainly hope so being born in Harlingen." She then said,  "You have nothing on you proving where you were born, so you will have to go through those doors and talk to the authorities." He did not get through. I have no idea how long the girl waited for him before she gave up.
I step up and she asks what I am bringing back and I say medicine. She says move on and I do. I look over where Butch is standing and the woman checking him through was opening the boxes of meds and counting the packets! Fortunately we had not doubled them up and fortunately she did not run across the one box we had opened to see if we could double them up. I am telling you they are really mixing it up and no one is immune to questioning. If they had checked my gout medicine they would have seen they were doubled up and they would have confiscated them most likely.
Every trip to Nuevo Progreso, Mexico has been an adventure this year, albeit small adventures but adventures none the less.
We keep checking the weather in Iowa to see what the high's and low's are doing and then we pray for a miracle. If we do not see a favorable or at least tolerable forecast before we plan to leave we will delay leaving as it makes more sense to stay here than to venture into the frigidity. Do not worry those of you expecting us, we will let you know if there is a change in plans.
Posted by Barbara Brooker at 3/21/2013 04:11:00 PM No comments:

We have had the AC running for 2 days now as the temps have been in the 90's. And yet in little more than a week we will be heading north where winter still has a tight grip. I am hoping for a miracle in the next week and a half where Spring will take hold in Iowa with a warm and gentle hand.
We have made a few moves to get ready to head out but still have more to get done. I plan to get a haircut from Yolanda but want to wait till next week-the last minute so to speak. I really have not settled on a hairdresser in Jefferson other than Butch as yet. He does a good job but now and then I like to have a pro do it.
We plan to make one more trip to South Padre for shrimp at Dirty Al's. We haven't settled on a day yet but will perhaps today. Friday after the last computer class could work maybe.
Change of address form filled out...
Call to have Internet put on vacation....
It will all get done and then as we pull out of the gate it really does feel like a vacation.
Posted by Barbara Brooker at 3/19/2013 07:43:00 AM No comments:

My yesterday
Friday night I became suddenly congested and thought I was having an allergic event. I take Zyrtec for allergies on a regular basis but sometimes it isn't enough and I thought this to be the case. Before I went to bed I asked Butch for one of his high powered Allegra-D. His allergies are more severe than mine. I slept well from 10:00 PM to 11:30 PM and then my eyes popped open as if it were noon! Sometimes I do not do well if it says non-drowsy on the package and I had not thought of that. I was wide awake and wired. I stayed in bed thinking surely sleep would come at some point but no such luck. I finally gave up on it happening at about 5:00 AM, getting up and on with my day, sure that I would crash at some point. I cleaned house and took care of various other chores and all the time remaining wide-eyed and bushy tailed. After supper Butch headed off to the pool hall and I told him it may be all quiet when he got home but if so he would know why. After supper I faded fast and retired about 7:00 PM and slept well till about 5:00 this morning. I have a cold but as colds go it isn't a bad one. The minute I decided that, I started on zinc cold therapy. I hate the taste of the stuff but it sure knocks it for me in short order. That and my click here: neti-pot.

High Compliment
One of my computer students paid me a compliment that meant the world to me. She said she had taken a 6 week computer course, 4 hours a day and paid  money for it and learned more from me this season than she ever did from that class. It made me very happy to hear that.
I try to stay with practical things. The classes are not structured. They seem to take on a life of their own. I ask what they want to know about and someone will ask a question and we are off and running. If they come up dry I will land on something to tell them about and it rolls from there. It is always fun and the time flies. They keep coming back week after week and they are not obliged to, so it must be working. One of my larger classes this winter was 25 people. I didn't count them but someone else did and told me. I would love to start something like this in our hometown but not sure how to get the ball rolling.