We have arrived in Fernley Nevada and we are signed on for a week BUT...my Internet connection is weak so I may be pushing for a change of pace after this week BUT with the holiday approaching it may make a lot more sense to sit tight for an additional week so we are a wee bit up in the air. The trip to here from Susanville was fine until we arrived at the Reno area and then it was bit of a nightmare. Lots of road construction and tight, tight areas to get through and of course the signs guiding us through it always make little or no sense. We will avoid it at all costs in the future. But the three of us are safe and sound in Fernley now.
Posted by Barbara Brooker at 8/24/2005 02:08:00 PM No comments: Links to this post

Some campers enjoying the solitude at California's Crater Lake 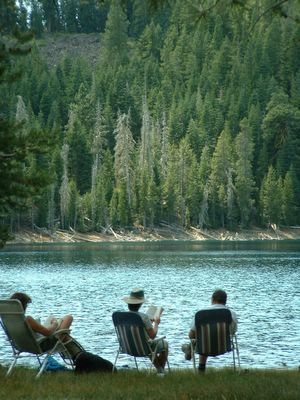 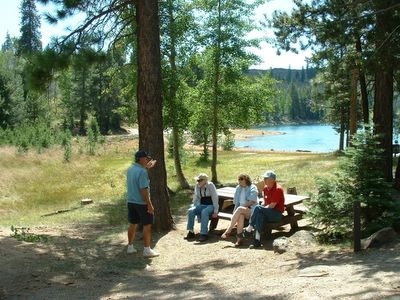 Several dust devils came through the Crater bowl while we were there and this one ventured out on the water. 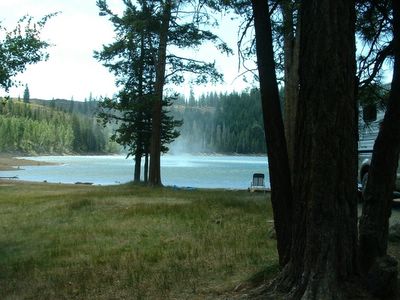 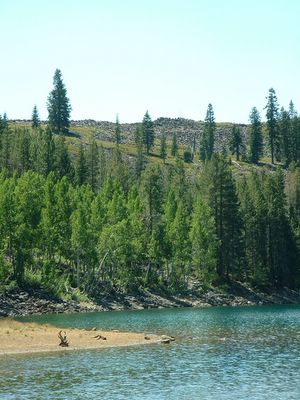 The water is clear to the bottom! 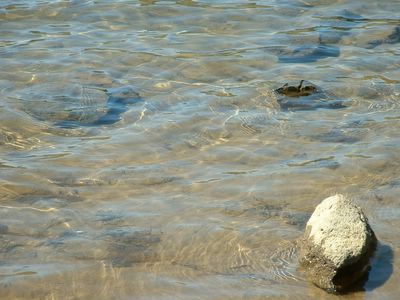 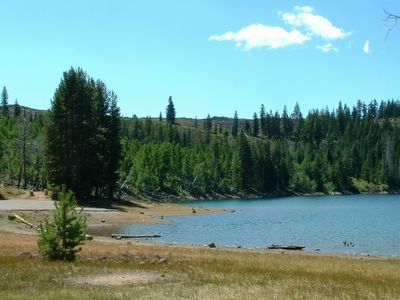 Willie fixed a wonderful meal for us last night and then we visited the night away. 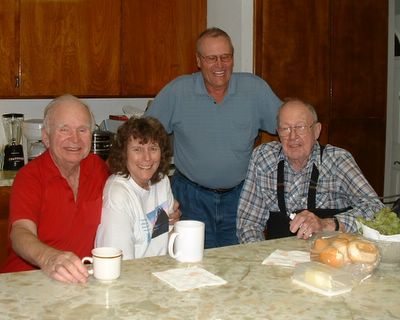 Uncle Bill, a very sharp, spry 89 year old, and Butch and I toured the Eagle Lake area near Susanville CA in the Lassen National Forest 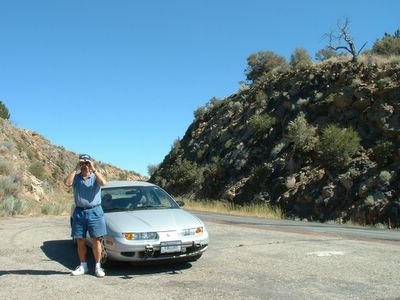 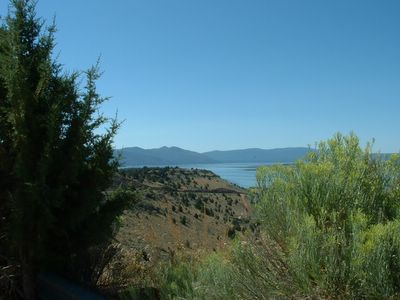 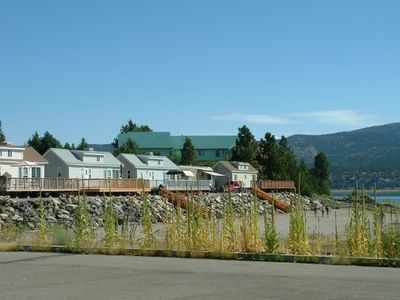 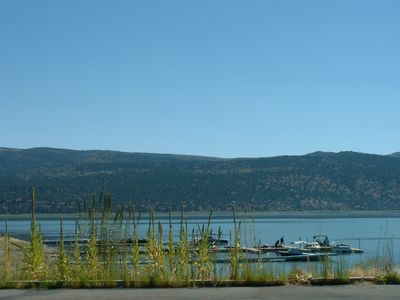 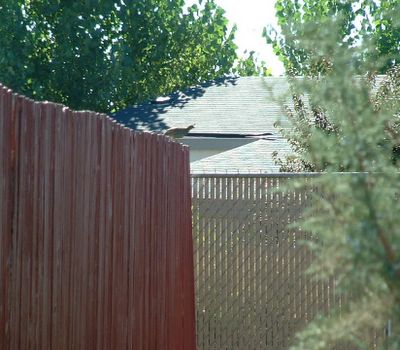 Our spot in Susanville CA 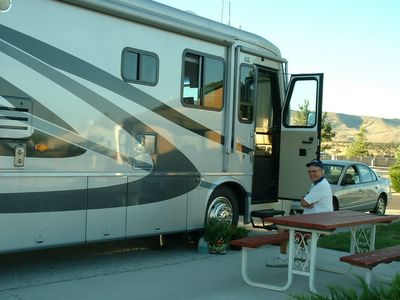 Common questions & answers
Why RVers are not necessarily campers and vice versa
By Chuck Woodbury, editor

I think I am finally able to define the lifestyle called RVing, which some people criticize because it's not really camping. What they do not understand is that RVing and camping are not the same, although sometimes they overlap.

Only one segment of RVers are exclusively "campers" ? those who "camp" for a week or two a year. These people generally camp in the summer, often on family vacations. They typically spend their days sightseeing or hiking and their evenings by the campfire. Their RVs, if they have one, are pretty basic and are often rented.

After Labor Day and before Memorial Day, the RVers you see on the road are more often "travelers" than "campers," using their RVs for both transportation and lodging. Their rigs are larger and better equipped than the vacation campers ? sort of "homes away from home."

Sometimes, however, these well-equipped RVers end up in the same national park or national forest campgrounds as more traditional campers and this is where their lifestyles get misinterpreted.

These avid RVers, in their bigger rigs, are simply living in a portable way. They are essentially living in self-contained, mobile condos rather than in fixed-based houses.

Many of these RVers have simplified their lives. I'm especially referring to the hundreds of thousands of retirees who have sold their homes and moved into a trailer or motorhome. At some point, they had to get rid of a lifetime of possessions. They retained what they considered important ?- fishing rods, a sewing machine, favorite books, a TV, pictures of the kids and grandkids, and nowadays, a computer.

These full-timers and serious part-timers would never be traveling America in the first place if RVs didn't exist. They would not set off in their cars month after month, staying in a different Holiday Inn each night. To do so would be too much trouble and even exhausting. They might fly off to Europe on occasion, but by and large, they would spend their lives at home.

Today, after climbing on Wyoming's Independence Rock for more than an hour and doing battle with a blustery wind, it was a wonderful feeling to return to my comfy porta-house. When I closed the door behind me, I felt truly at home, even though my street address is a thousand miles away.

I understand the concept of the portable house. It's not the same as camping.

Besides editing this website, Chuck Woodbury is the editor and publisher of RVtravel.com
Posted by Barbara Brooker at 8/21/2005 09:45:00 AM No comments: Links to this post