Butch and his boys on Gary's Birthday

The four guys played in a golf tournament today in Clinton MO. I heard there was also going to be Lemon Meringue Pie. A birthday favorite for Gary. 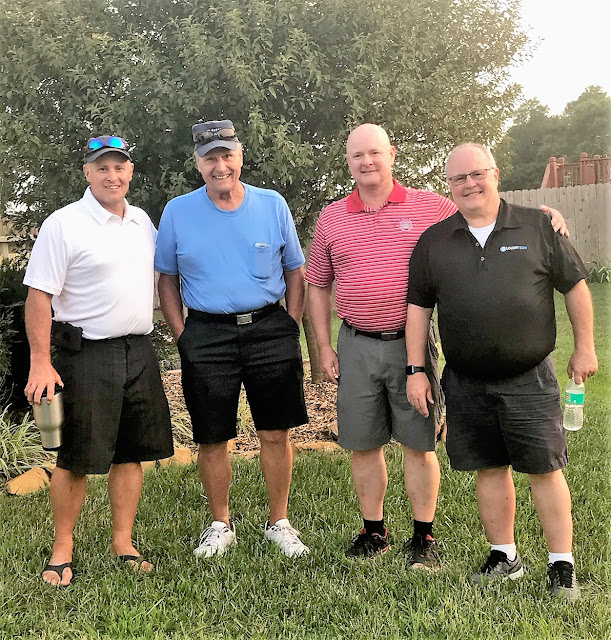 My sister Theresa came through her surgery okay, however, the surgeon told me she was far from 'Okay' just yet. He said they would not know for certain for at least a week. I haven't talked to her yet but have thought of her almost constantly. She had a triple bypass and a valve replacement complicated by other organ problems besides her heart. She was a high-risk surgery. This is something she desperately needed and wanted to improve her life.
Posted by Barbara Brooker at 8/11/2018 08:34:00 PM No comments: Links to this post

It has been a rough week. Butch and I have had a rough week because of a virus. He got it first. Lots of coughing. No exaggeration. Lots and lots of coughing and feeling crappy. This is the first day I have felt even halfway decent.
My sister Theresa is having open heart surgery in DesMoines as I write this and due to the virus mentioned above, I cannot be there. She is very much on my mind. It is a risky surgery but without it, there is no life at all. So I am very much hoping she can catch a break, a big one and have several more years of doing the things she loves to do.
Trivia night at the Elks was great. We had a breakthrough with 3 teams, so it is growing and everyone is having a good time. They think I am being too hard on them so I am considering backing off a bit next week. Hmmmm.
Thursday nights trivia was good. We came in 3rd after winning a tiebreaker question. The question being "Of the coins minted in 2005 what percentage was actually copper in a penny." The idea on a tiebreaker is who was closest and we seem to do well with those. Our answer was 8 and we do not know what the other team chose but it is 2.5% for those who like to know.

And now for something completely different...well, maybe not.
I have snapped a few photos lately and here they are: 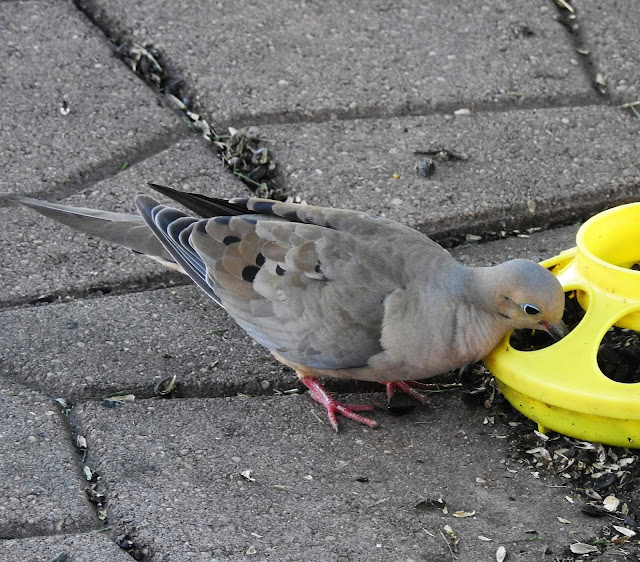 I took this shot because I saw a wren in the area and it was "I hope I got it " moment. I didn't get it but liked the photo. 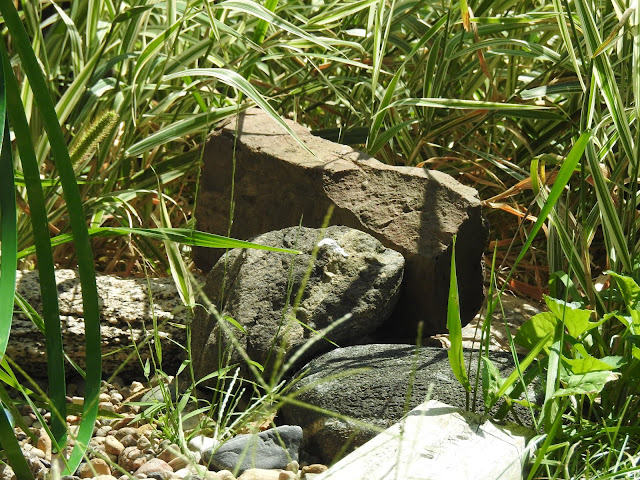 Baby wren I thought might be in the one above. It wasn't. 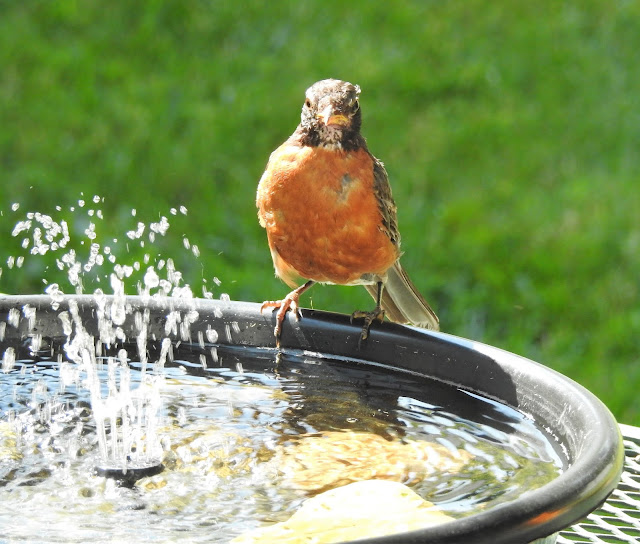 6 Pictures on the wall, all of them are photographs I have taken and had put on canvas. 5 0f the 6 were taken on the Raccoon River Valley Trail. The robin was taken in our backyard. 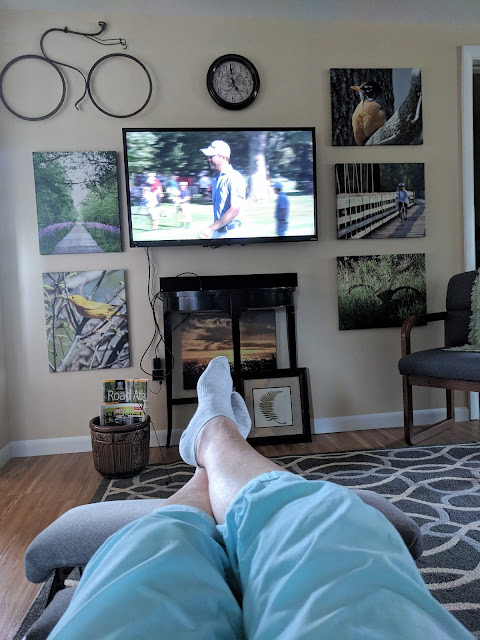 I hope no one I know recognizes this loosely defined artwork. Nope, not telling you where it is. They must have seen it on Pinterest? 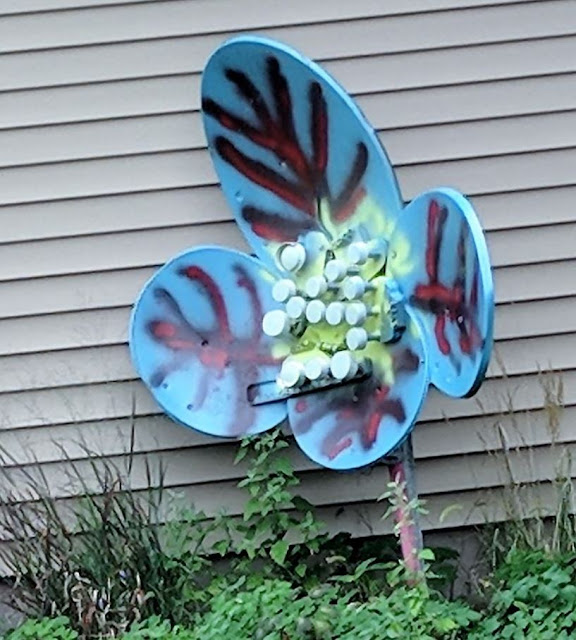