I took off bright and early because it is still quite warm. A cool front is on its way and tomorrow we are promised a high in the 60's. 68, I believe. Whoo hoo! We can turn off the air and open the windows. What a treat! The moon was full as I started out this morning and I kept looking for a good picture and I found one. 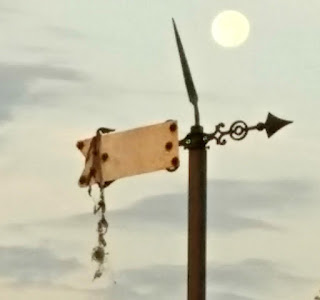 At the place on the trail this photo was taken is a home that many people think "something" should be done. It is very cluttered with all kinds of yard art. In past years it was cluttered but tidy. Apparently, the creator of this art is no longer able to take care of it as well as in years past. I appreciated the opportunity to get this arty photo. 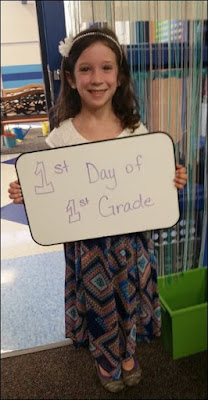 Little Leo is returning to Preschool and Miss Elise is in 1st grade! 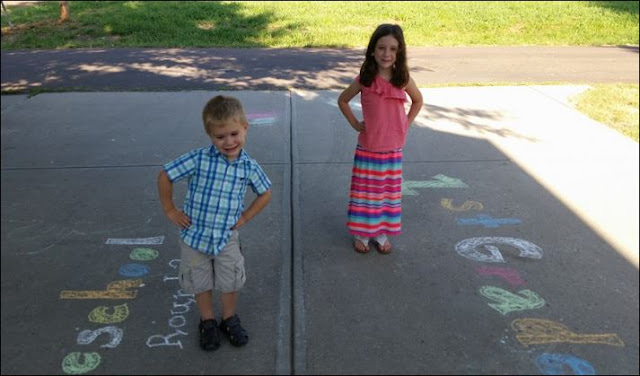 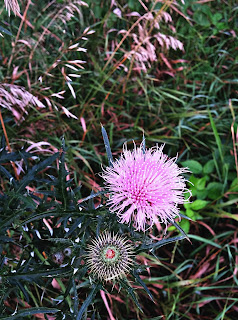 I like thistles. I think they are beautiful...in their natural habitat.

It was foggy this morning so decided no on picture taking. Did see a total of 5 deer. Momma and two fawns in one sighting and Momma and one fawn in another. They were a few miles apart.
The trail is still twig-littered from the last storm so I must pay attention or deal with a bumpy ride.
It was pleasant and cool although a bit damp. Morning is my favorite time to ride or walk. It starts the day off right.So now on to laundry!
Posted by Barbara Brooker at 8/18/2016 08:53:00 AM No comments: Links to this post

Leo sent me this picture taken last night. When I got up during the night I noticed the neighborhood was well lit by moonlight. Beautiful. 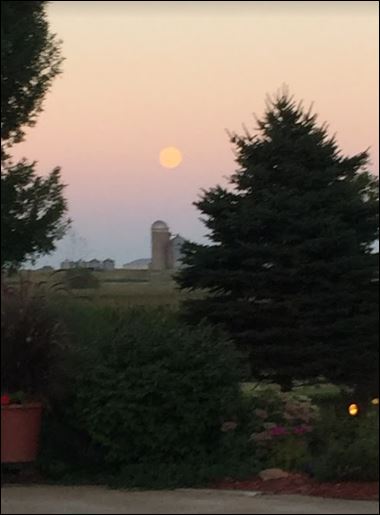 I had to go back and find out where I left off. Sunday, sister Theresa,niece Karla and Butch and I went out to Roger Conant's farm for an annual Zimmerle gathering. My mother was the youngest of seven Zimmerle's. Roger was married to my cousin Sherry. Roger still hosts a gathering for that side of his family. Joanna , his daughter, helps him with all of it. It was a great time visiting with cousins. The original seven, the children of John and Myrtle Zimmerle are all gone now but when the cousins were all small getting together at Grandma Z's in Herndon was not all that unusual. A great time was enjoyed then and now.

Monday must have been quite mundane because I do not remember much of it. I did have one computer student Monday evening. She has been coming for a few weeks now. I really like working one on one.

Yesterday Butch and I went to West DesMoines to get a new battery put in my phone.We dropped the phone off then went to Costco while Chuck worked his magic. When we returned Chuck told me it was a good thing I had the battery changed because it was bulging and would not have lasted much longer. He said he thought it was bulging because it was thicker than the new one. He also assured me I had bought the right one. An assistant of his also cleaned up excess apps and other stuff I didn't want or need that may have helped my phone run slower. So it is now behaving like a much younger phone.

It also was brought home to me that you can not always tell what someone looks like by listening to them on the phone. Chuck may or may not be a nerd but he looked like a well-dressed, well-groomed businessman, wearing dress slacks, shirt and tie and closer to my age than I imagined him to be. I was impressed with his knowledge and the way the business was run. When I am ready for a new phone I will be paying them another visit. I called several Verizon stores looking for a tech to put a new battery in before I remembered Chuck. And before you think replacing an internal battery in a phone is easy, rest assured it is not. I think Chuck is a rarity in the phone repair business. I now have his number in my phone under Chuck Phonefixer.