"A positive attitude may not solve all of your problems, but it will annoy enough people to make it worth the effort."
Posted by Barbara Brooker at 9/23/2006 11:17:00 AM No comments: Links to this post

If Mexico is in your future you may want to get a passport
Passport Home
Posted by Barbara Brooker at 9/21/2006 09:09:00 PM No comments: Links to this post

Butch and I went to ER in Atlantic this morning. He had pain in his foot, ankle and leg we thought might be a blood clot. They did an EKG, chest x-ray and ultrasound and concluded he had an achilles tendon problem from inactivity and not a blood clot. BUT since his surgeon was in Atlantic anyway...ahem...we were able to see him and Butch was able to get his staples out and get a very good pathology report. There was clear tissue all around what had been removed so they consider that a cure. He must continue to get PSA tests every 3 to 6 months to assure that he remains cancer free. I was so dreading driving in to Omaha tomorrow and now I do not have to...not this week anyway. We do have to go back next week so the catheter can be removed. So here is the latest info and we hope all is well with ya'all on this rain-filled Thursday morning.

We are in Avoca and doing fine. Butch is feeling good but wishing he was further down the road in the healing process after surgery. He was on the go all day yesterday and I kept trying to get him to slow his pace. Friends Leslie and Dick came to Avoca to watch their grandsons play football so we had them over for a chili supper. Dick had surgery on his knee awhile back so the guys are both in recovery mode.
Our next appointment with a doctor is Friday the 22nd. We should get an update from him at that time. Butch has not talked to him since surgery so I am sure he will have many questions.

The thermometer registered a whopping 34 degrees this morning and there was a coating of frost on the car! The cat didn't even want out. We are ready to head south at the first opportunity!!! ...and you can bet that we will!!

I received this tip in a newsletter two days before Butch's surgery and our kids
were able to use this info to save some money on there motel accommodations
while in Omaha.


"TODAY'S TIP(s): SENIOR'S Department
Just Say Yes
My girlfriend sent me these and I thought they would come in handy for
subscribers. I have received a discount at a hotel when my mother
became sick on vacation and had to be hospitalized for a week longer
than our original stay. The hotel was very generous in their discount
and let us stay in the same room. This was in Iowa were they had a
great hospital at the University.

Hotel/Hospital Discounts: My husband is having surgery at a hospital in
another city. I checked the discount sites online for hotel rooms. The
average price was $109 a night. I found the hotel closest to the
hospital and went to their site. It was also $109 a night. I called
their local phone number and asked about a discount for the hospital.
The same room is $52 a night. It never hurts to ask. All they can do is
say "no." - - - - - " 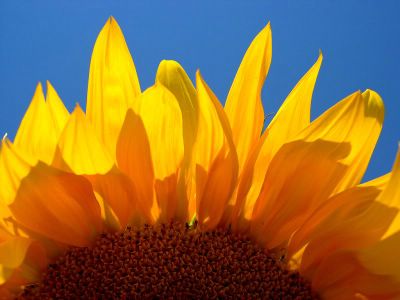 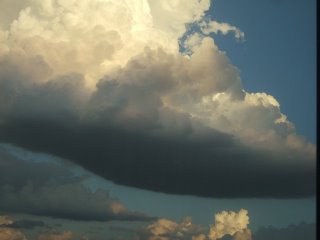 Last night the clouds were building and we were told we were in for a stormy time of it and we were! I got some interesting cloud pictures and I very much enjoyed watching it build up from the 5th floor Bergan Mercy Hospital window. 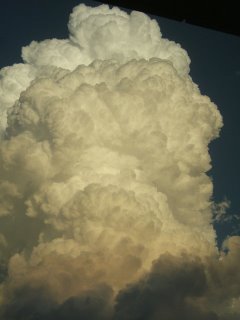 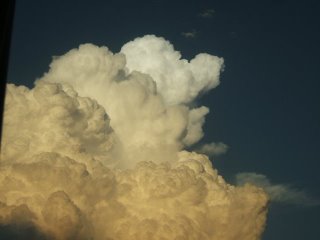 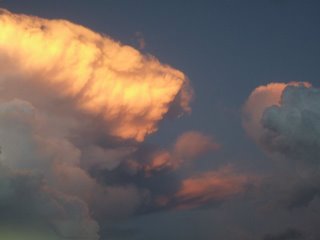