I saw an ad for DNA testing on Ancestry.com so Butch and I submitted our DNA and we received the results yesterday. This gives us something to do when it is raining but I am sure it is going to slow up the moving process.
Butch and I both thought we were mostly German and it seems we are both mostly not! Butch is 71% English and I am 79% English. I have 16% Scottish and Irish with a smidgeon of Norway and Sweden thrown in. You think you know what your mama told you but you may be off base just a bit.

My biggest surprise so far is connecting with my paternal father's side. My father was adopted when he was 3 months old by Sam and Anna Brock. His birth name was Van Horn. I grew up knowing that my father's name was Francis Duane Brock but I found one entry that had his middle initial as W so I wondered if perhaps his birth name was actually Francis Walter Van Horn. I wondered specifically because his father's name was Walter. Perhaps Sam and Anna changed it or perhaps it was just an error. I knew my paternal birth Grandfather Walter Van Horn was a twin and his brother's name was Wesley and when I checked close matches on DNA I located cousins on Wesley's side. I have contacted them through Ancestry.com so we will see if it results in any more info. Just that quickly it became exciting. 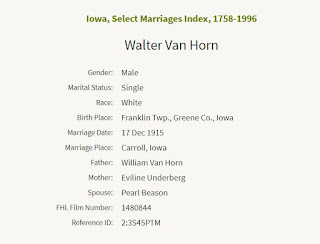 We are in the process of moving from the house to the motorhome and we are about one-third done. Rain and cold will delay the process and we have had both. We also do not want to go crazy and do it all in one day as that can be a bad scene and scare the neighbors. I am a firm believer that we have an unknown number of decisions we can make in one day and if you exceed it all hell breaks loose. We are not in danger of that. Just sayin'.
Today is starting off cold. Some would say "ah pshaw" but for me, 41 degrees is not in my comfort zone. I am hoping it will moderate some so we can get this show on the road.
Till next time...
Posted by Barbara Brooker at 10/04/2019 07:36:00 AM No comments: Links to this post

Butch has struggled to fill our battery cells in the RV batteries. I plan to save this tip for him.

I am all about making life easier!

A simple way to fill your coach battery cells

Are your coach batteries difficult to reach to fill the cells? Head off to the drug store and pick up a water bottle with an “enema” hose and fitting. Fill the water bottle with distilled water, hook up the hose with the shut-off clip. Now lead the “business end” of the hose to each cell and use the shut-off to open/close the fill-up flow.
Posted by Barbara Brooker at 10/02/2019 08:04:00 AM No comments: Links to this post

Today is my sisters birthday. She was born on September 30th, 1952. I was 9 years old and I remember the day quite clearly. Tonight Butch and I were watching the weather report on the evening news and I told him the weather on the day Theresa was born was a nice day. Just then the guy said it was a warm day today at 87 but a record was not broken because in 1952 the temperature reached 90 degrees! Imagine my surprise at that strange coincidence.
💖Happy Birthday, Theresa!💖

I found this ad on my Facebook page. They were selling T-shirts of course but I just wanted the picture so I snipped it as you know I always do. Later I got the idea that Butch would have liked me to actually buy him one. I knew he and a few other Brookers would really like this T-shirt or at least the message on it. 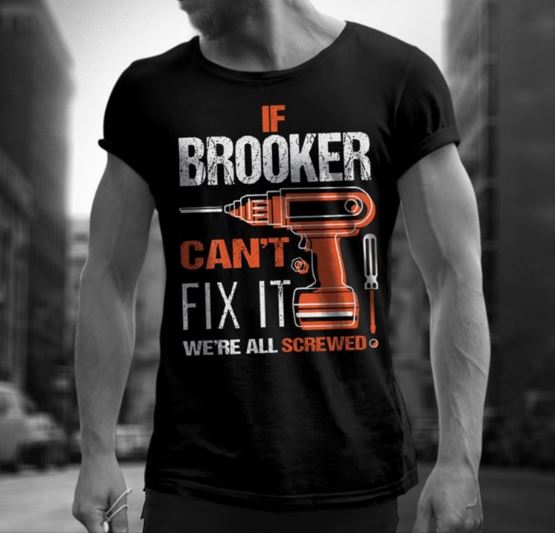 Mice in your RV?

You may want to read this article. I would love to hear of a first-person account of someone who has tried this method. Let's all go to the zoo!!
We are fighting ants at the moment. I wonder if it works for ants?

“If you want to know what a man’s like, take a good look at how he treats his inferiors, not his equals.” ―J.K. Rowling, Harry Potter author

Dead or not dead

Well, the dead phone came to life the day after I bought a new one. I probably would not have known had they not told me to erase all personal info from the dead phone before turning it in for trade-in value. It perplexed me because how do you erase something that is dead? Besides their reasons, I was not comfortable sending a phone with all the info intact through the mail to God knows where. So I tried again to revive it and I assume it needed a vacation because it started working. So I erased it. I reasoned that if it happened once, the dying I mean, then it could happen again so I felt better about buying a new phone. I do like the new one. It is the same brand- Pixel 3a. The features have come a long way in three years time. They rave about the camera on this one so of course, I will have to give it a run for my money.
Posted by Barbara Brooker at 9/30/2019 09:51:00 AM No comments: Links to this post

This past Saturday we had an event at our house. It is loosely called a girls day out and it started a long time ago now that I think about it. My Aunt Ruby lived in Jefferson just a few blocks from where we now live.  My mother and Aunt Ruby were sisters-in-law and very good friends. When it came to pass that they were both widows they would take trips together. Aunt Ruby was the person I would go visit with about all the things you really want to know about when you are young but not yet wise. I know many of my cousins felt the same way about her. And my cousins have told me they felt the same way about their Aunt Fern, otherwise known to me as Mom. So in the course of time, we were all scattered to the four winds but every now and then we would get together at a restaurant in Jefferson for a girls day out. A Zimmerle connection was the glue that bound it together. Since we have moved to Jefferson in 2010 we have revived the tradition with gaps here and there. Both Aunt Ruby and my mother have passed but there are a number of cousins, mostly female who still attend. We had a most pleasant afternoon. Those attending were my sister Theresa, her daughter Tara with her BF Mark, my cousin Phyllis and her niece Joanna, my niece Karla and her son Devon, and my cousin Liesa. Unable but really wanting to attend was my sister Myrla. Her dog Hewy is in the process of dying and she could not bring herself to leave him alone. Those who know her would not be surprised.
We had a very fun afternoon and we hope to repeat it next year.
Posted by Barbara Brooker at 9/30/2019 09:43:00 AM No comments: Links to this post