Butch and I went to the grocery store for the first time since returning home. That tells you I was well stocked. I had green peppers on my list and that was my first consternation. 4 for $5! Really? And besides that, there were many that were a bit wrinkled. Oh, to leave the land of plenty and inexpensive and return to the place of over-a-dollar-each green peppers is always a shock.
There was a fellow thumping watermelons and Butch and I were watching him with interest. He had his ear right down on the melon so he could hear if it was think, thank, or thunk which is also our determination of ripeness. He found a thunker and he was trying to get it loose from the pile when he noticed the sticker price of $7 each. We engaged in conversation and he said for that price he could wait till they were in season and I had to agree.
We engaged in far more conversation than I really wanted but he seemed to need it so I endured for a bit. Found out he had recently moved to Greenwood, a senior housing place near the golf course and overlooking the river valley, and he was enjoying it very much with all the wildlife and all. He described the wildlife and its behavior in detail.  He said his wife had died recently and then shared that he was 73. I am 73 but I didn't tell him that and actually, I was not given a chance to share it had I wanted to. I slowly walked away and noticed he was engaged with another lady and sharing the same info with her. One thing we definitely agreed on and that is $7 is too much for a watermelon in April or any other month.
So it may take me awhile to adjust my thinking and start spending for groceries indiscriminately. It always does!
Posted by Barbara Brooker at 4/21/2016 09:03:00 AM No comments: Links to this post

We have been here a week today. Who would have guessed it would take me two weeks to settle in. I developed a bad cold on Tuesday and spent a few miserable days in a row for the third time this year. I get real ticked off and depressed when I get a cold. So this is why you haven't heard from me. I am better now and Butch is on the tail end of having it too so we should soon be able to return to normal, everyday living. It is sounding not only possible but welcoming to me. I did manage to get several loads of laundry done and the bugs cleaned up. I do not know if they died a natural death or from the bomb but there were a fair amount of them.
We visited Leo and Keri and their grandson Jorgen and daughter Emily were there too. Leo and Jorgen have a strong bond. Jorgen thinks his Grandpa is the greatest thing since dinner. 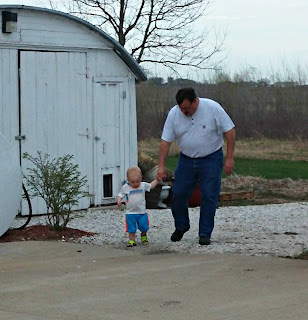 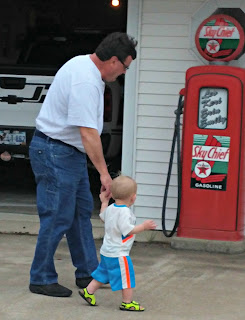 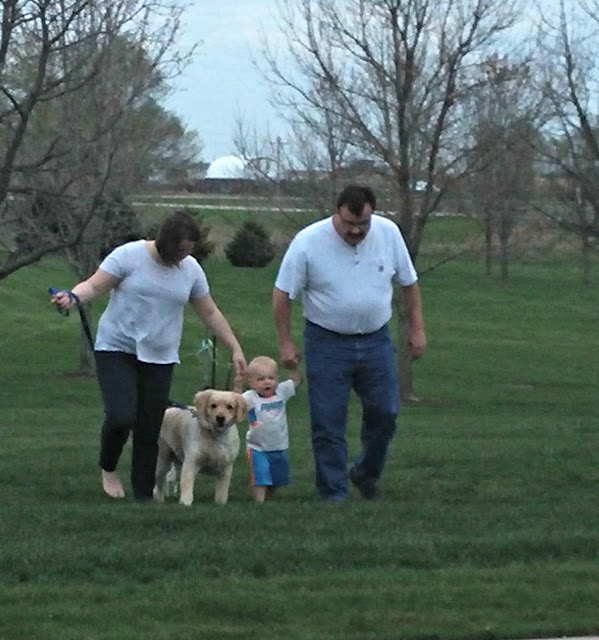