Here is a book recommendation from my friend Mickey:
"Have you read "See Me" by Nicholas Sparks. Best book I've listened to ever. Hope I can get to sleep. Scary "
Posted by Barbara Brooker at 1/28/2017 06:18:00 AM No comments: Links to this post

I have been preparing a slideshow  for the parks annual Show and Tell day that takes place each March. In so doing I have had an external hard drive connected to the computer that contains older photos not only from this park but way back to other places we have lived...waaaaay back. It has been fun and very time consuming to be looking these pictures over and I thought I might share some with you all on occasion. 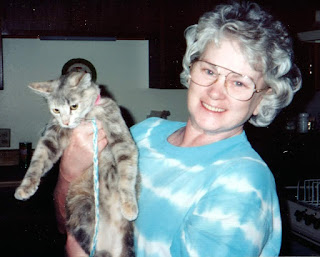 This is my sister Jayne with Angel. Taken in 1995 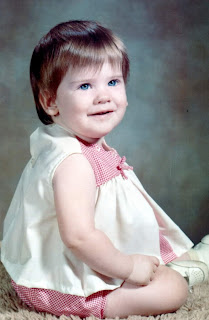 And this is my niece Karla, Jayne's daughter.

Now, do I have your attention? What do zebras have to do with computers you ask? Actually, nothing at all. But we wanted a way to help you remember a very important keyboard shortcut that can help you erase mistakes faster than a Mr.Clean Magic Eraser.
This morning, I wanted to copy 22 files from one folder to another. I selected all 22 files, right-clicked on them, chose “Move to” —> My new folder. Voilà! Just like that all 22 files disappeared from the original folder and appeared in the new folder… just like magic. Not so magic. The original folder was empty. Woe. Woe. Woe. But, luckily I remembered the zebra. That’s how I remember it, because that’s how I first learned it.
As soon as I realized I had moved the files instead of copying them, I just pressed CTRL + Z and all those files were back in their original folder. Like magic. So, I had a second chance to do what I wanted to do – copy the files from one folder to another, not move them.
You can use the zebra in most Windows applications. It’s officially called the “Undo command”, but we think you’ll remember the zebra better. Next time you want to undo something you didn’t mean to do, try CTRL+Z.
Posted by Barbara Brooker at 1/26/2017 08:15:00 AM No comments: Links to this post

Our Jefferson friends got together at Mickey's house. We miss all of them and the lively conversation that always takes place during these fun times. Mickey took the picture and cooked the food so she isn't in this photo but I thank her for sending it.
. 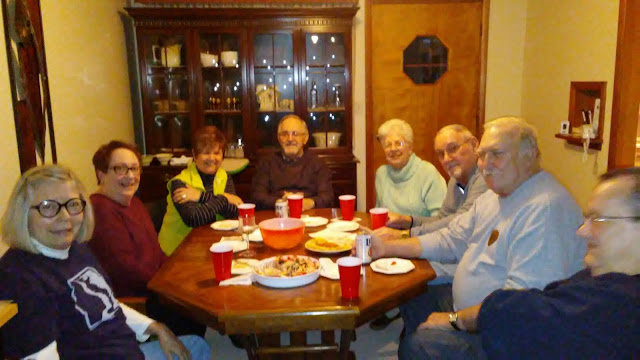