Keri and I started out at 6:30 AM this morning and rode to Cooper and back. She probably does not want me to relate this story but on the way back as we're approaching the trestle bridge, Keri was distracted and ran off the trail. Hey, it happens on occasion. The problem was where it happened. She stayed upright by hitting the slot between the railing and the trail. Had she missed she would have dropped down to the river hitting many boulders on the way down. It would have undoubtedly involved a 911 call and serious injury. So she made the correct decision and only had a couple of scrapes from the bridge railing but it scared the bejeebers out of both of us.
This picture is one from 2014. But it was the site of the flub this morning. You can imagine where she could have gone. 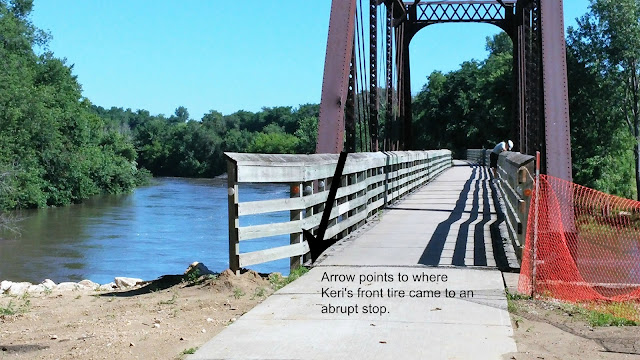 Leo sent me this picture of Clara. What a sweetie! She seems to have a happy disposition and a ready smile. 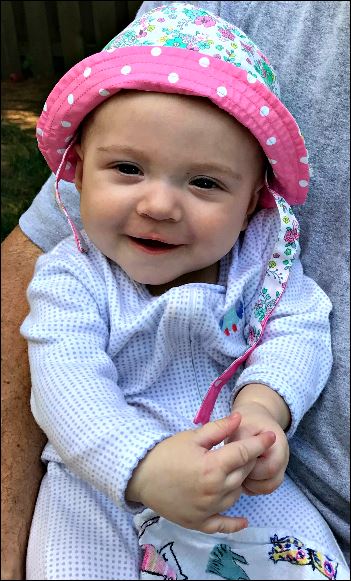 Gary came up on Monday bringing his RV in preparation for when they come back on the 6th. He doesn't have a good place to do maintenance on his RV at home and we are set up for it quite well so his purpose in coming was getting it washed and waxed and making sure everything was clean and in tip top condition.
Also if you know Gary he is a high energy guy and believes fully in filling up every minute of every day. Yesterday was a prime example of that. He was up at 6:00 am waiting for me to ride bikes so I quickly got around and off we went. I was getting a blood draw at 7:30 so we went only to the trestle bridge and back. 5 miles. I had promised a biscuit and sausage gravy breakfast so after my blood draw I came home and put that together. We all three enjoyed that and then the guys were off to the golf course. I forgot to mention that when I was fixing breakfast he was working on the last bit of waxing his RV. They played golf. I rested. They came home for lunch and Butch fixed grilled ham and cheese sandwiches since I was not hungry and it is one of the very few meals Butch can fix. Gary then finished the waxing job and started cleaning the inside and when he finished they decided to return to the golf course.
They returned in time to get ready for trivia night. I had asked Gary to stay for it because we benefit from having a younger mind amongst us. It was a great time and I think Gary enjoyed it as much as I do. And it was a surprise when Jason showed up to join us too. The McDugan team came in 2nd! And this was after two prior weeks of losses.
After trivia, the guys all three decided to go to the casino. I stayed home gladly. They weren't out there long. When they returned they had their nightly cribbage games where they growl at each other.
And there you have a day with Gary!

This morning Gary and I walked the trail instead of riding and then he headed home.

There is always time for photos. We have a wren in one of our two wren houses. The one by the back door is occupied by Mr. Wren. This is how it works. The male makes a nest and then he calls in the ladies to look it over and decide if it meets with their approval. If they say yes then they will be "married". So far the one on the tree has been looked at, but no takers. The lighting was not good for this picture of Mr. Wren but it is a decent silhouette. 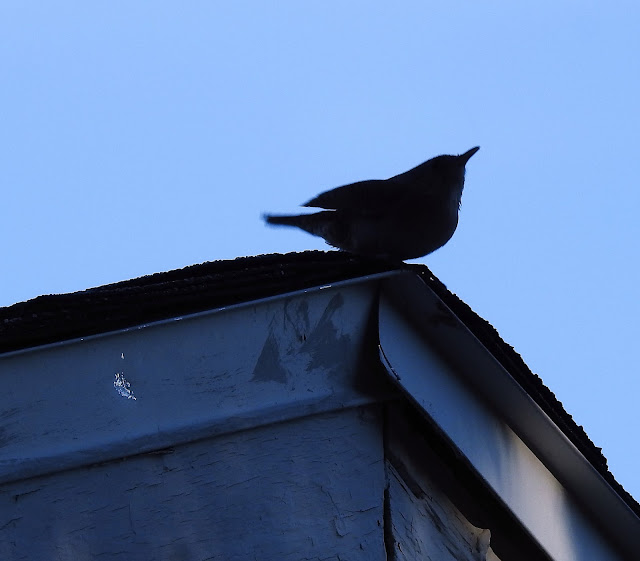 My setting on the camera was changed while riding in my bike bag or this shot of Woody Pecker would be crisper. 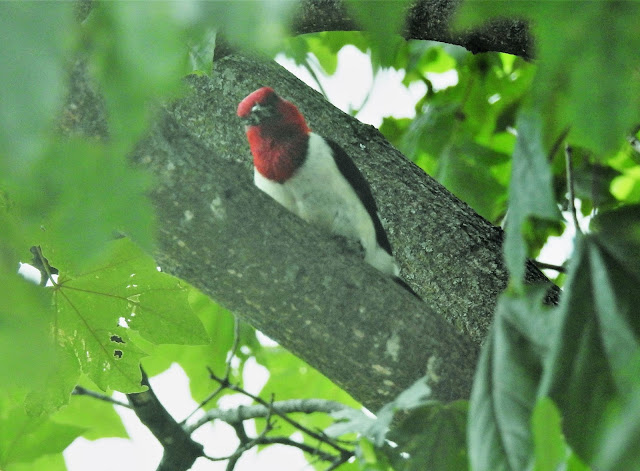 Beautiful double rainbow last night. I was too close to get the entire arch but it was spectacular sight. 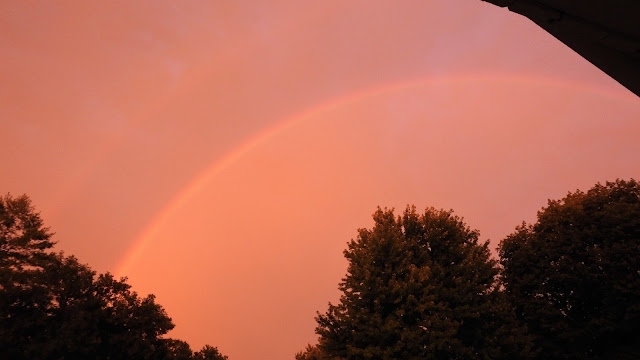 Gary and Susan's RV parked next to ours. We didn't get the storms they had around us but the lighting was extraordinary 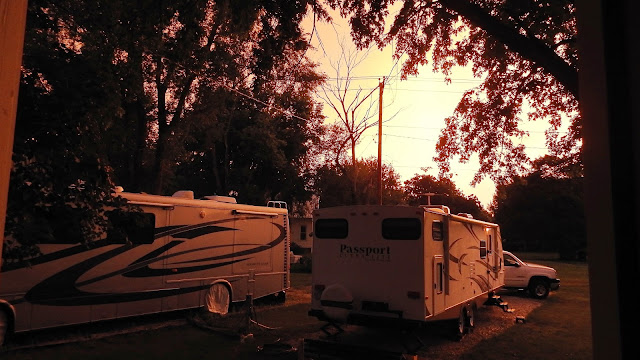 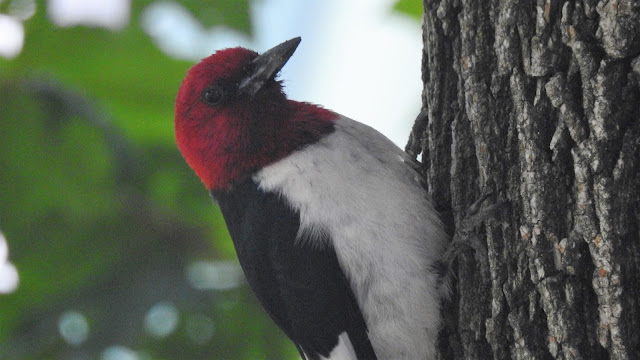 These 3 shots are all taken from the same spot. Each one is zooming in tighter. I think thistles are beautiful but I certainly would not want a pasture full of them. 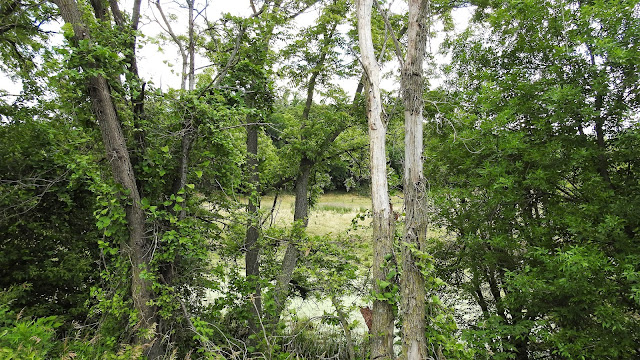 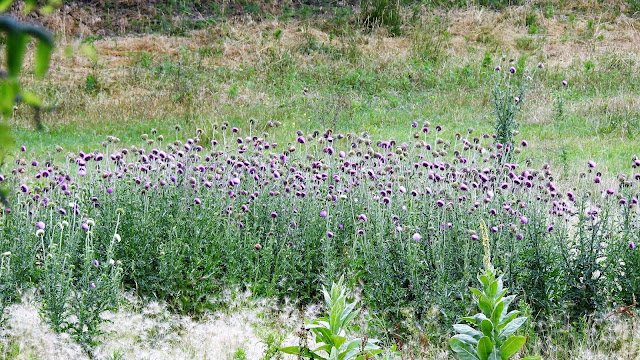 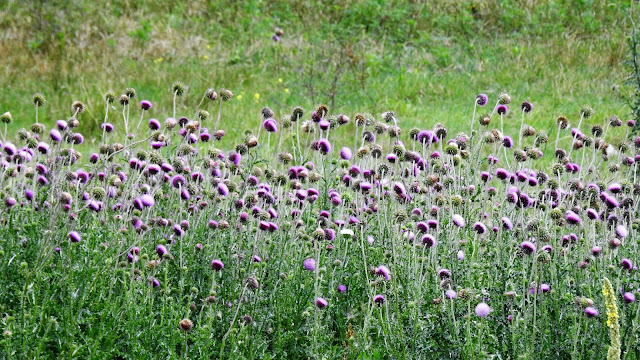 Taken on the trail looking south - a ways past Winkleman switch 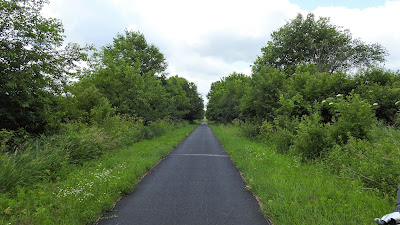 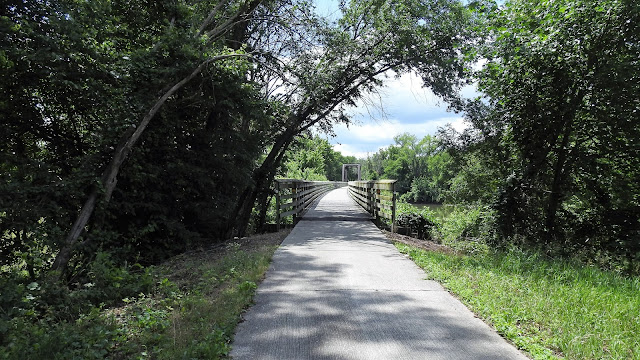 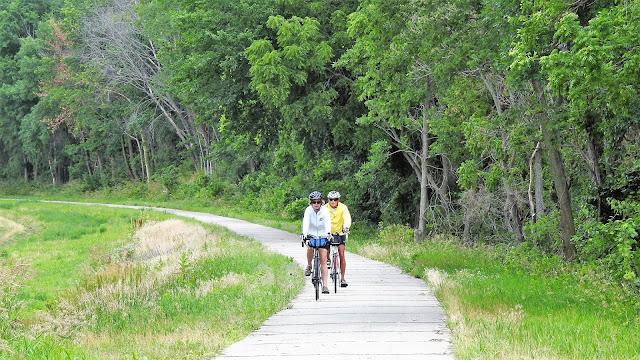 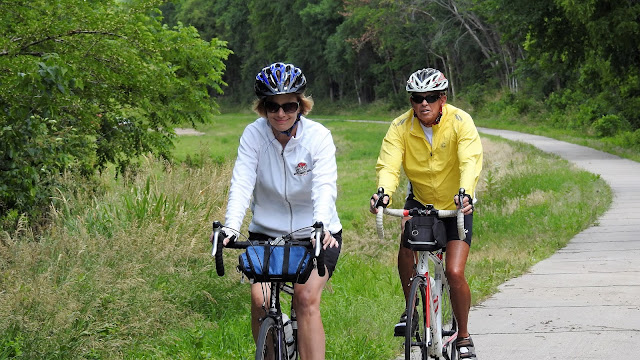 Marlene and Bernard checked out the tractors before heading home. Butch tells me Bernard has one like this one.
Want to know more about the tractor ride?
Here is a link.
http://greenecountynewsonline.com/2017/01/27/who-radio-tractor-ride-coming-to-wild-rose/ 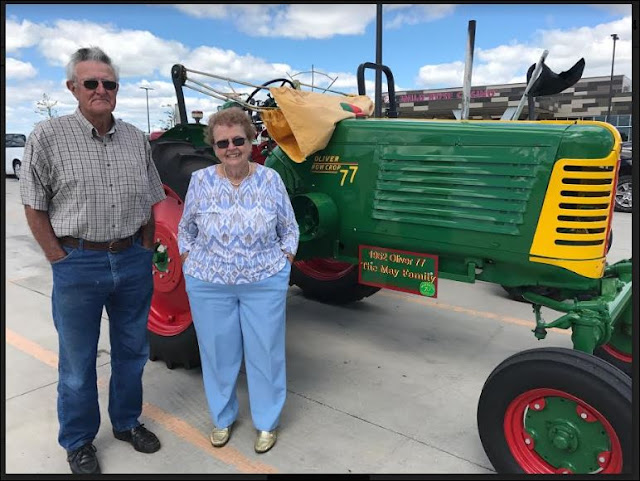 We did indeed have a fun-filled weekend. First off Mickey asked me if we would have a party if she provided the food and I said "yes" with no hesitation. And I must say it was the easiest party we have ever had. Friday I spruced up the house a bit and readied for a sit-down meal where everyone had a spot at the table. Mickey brought the ham and beans and cornbread. Keri fixed key lime and chocolate pies and we were set. I had so much fun I forgot to take pictures and that frequently happens. Someone once told me when you take pictures at parties it is a way to not participate and I find that to be true. With me, I am having a really good time and forget to take pictures.
On Saturday, Marlene and Bernard came to Leo and Keri's after going to a wedding in Manning Iowa. They planned to spend some time at the casino and then spend the night before returning home. We all ate at the casino and then some stayed to play while some of us did not.😀Keri fixed Sunday morning breakfast. I took some picture of their birds at the feeders. 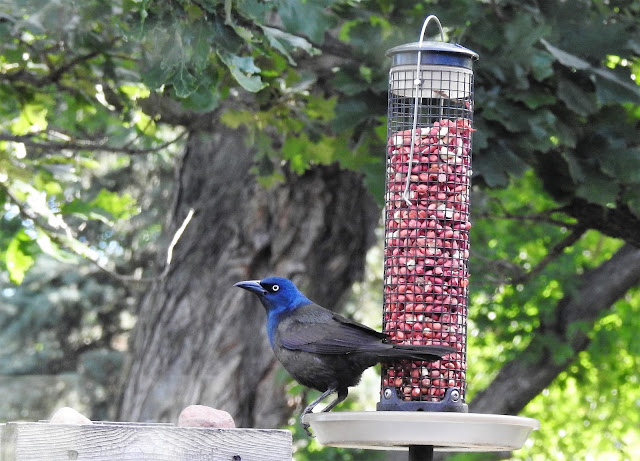 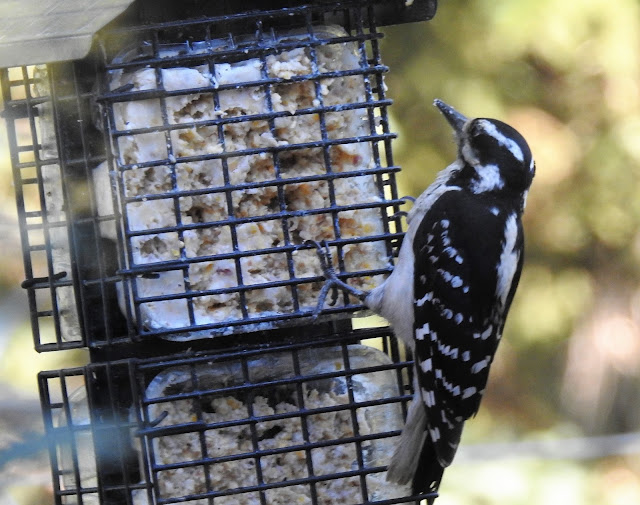 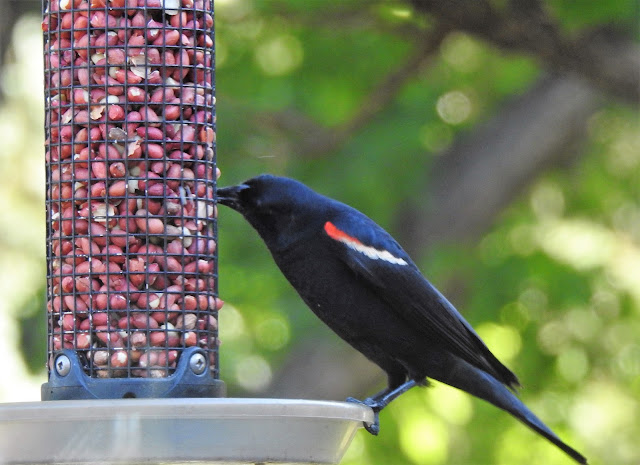 With no doubt the breakfast was delicious! The birds were liking their meal as well.
We came home and Jason came by. Jason and Laura had been on vacation in the Dubuque area so he filled us in on their trip. Then Butch and Jason decided to play golf and I decided to get caught up on this blog. Now you and I are up to date!
Posted by Barbara Brooker at 6/25/2017 12:45:00 PM No comments: Links to this post