This morning we unleashed our new mattress, delivered the old one to a new home, defrosted the refrigerator and put new seat covers on the car. All of those are timely things to do in all definitions of timely.
I nearly forgot Laura's birthday! I did catch it just in time.

And now Butch is playing golf and Peggy and I are going up to the garage sale and pester Kay and Bill.
I am feeling SOoooo much better being done with those antibiotics I've been taking since the first visit to the dentist the last day of November.
More later...
Posted by Barbara Brooker at 2/07/2015 11:21:00 AM No comments: Links to this post

Dusty Bunny is on Amazon!!

Julie Jorgenson is the daughter-in-law of Dick and Joann Jorgenson. And Dick is a cousin of Butch on his fathers side of the family.  We have been following Julie's story from the beginning. She was featured on the news in Omaha. And here is the link to it. She is a miracle.
http://www.ketv.com/news/woman-leaves-nebraska-hospital-after-nearly-dying-from-flu/31098034
Posted by Barbara Brooker at 2/05/2015 01:04:00 PM No comments: Links to this post

I met Jeannie Sparks in Michigan. She and Eldo had been staying at Thunderbay Golf and RV Resort where we were work camping and on their last day there she popped into our beading class for a few minutes. I literally talked to her for less than a half hour. But we hit it off and shared information. We both have blogs. I have followed their adventures ever since. They are currently in Florida and being a teacher of long standing she does some substitute teaching. I very much enjoyed this entry. Fuego- do you know what it means?
Find out here:
http://whereseldo.blogspot.com/2015/01/never-underestimate-power-of-persuasive.html
Posted by Barbara Brooker at 2/05/2015 08:44:00 AM No comments: Links to this post

Butch has a cold. Upper respiratory issues are ongoing for him pretty much all the time we are in South Texas. He can get by with lightweight allergy meds when we are in Iowa but we do not need to be in Texas too long before he has to switch to the hardcore allergy stuff with the capital D. You know, like Allegra-D. It is supposed to be D for decongestant, but I think it is D for demanding exorbitant amounts of dinero's for 10 24-hour capsules. Despite taking the big D's Butch came home with a cold. I always take extra precautions when this happens and sometimes it works and sometimes it doesn't. This time I thought I was in for it. I awoke with one nostril plugged a couple of days ago so I  used my trusty Netipot and made it through the day okay. Next day I was more plugged upon awakening, felt slightly not okay so used Neti again and improved. I could tell it was coming on since I had that dusty feeling you get in your nose and the tickle in the throat. This was Tuesday and I was supposed to take a picture of the Magnolia Olympians so I felt I had to go. Butch went and stayed long enough to get his picture taken. While waiting for the people to line up I told Noreen that I was getting a cold and did not plan to stick around long. Noreen mentioned that she had caught hers early and held it off with Zicam. Now I have long been a fan of Zicam but had forgotten about it. So I came home and dug into our cold med supplies and sure enough I had some so started it right then and there. The trick to it working is to take it AS DIRECTED at the first sign of a cold. By the second dose I could detect an improvement. Today is much improved and I think I will be fine with minimum discomfort. It isn't all fun and games as the Zicam leaves an unpleasant metallic taste in my mouth, but it is still better than suffering a cold. 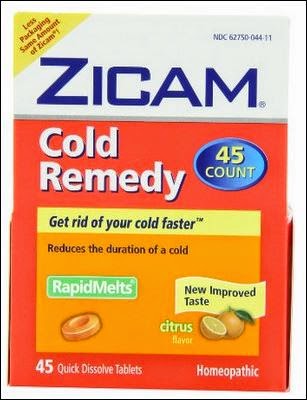 The trick is to have them on hand at the first sign of a cold, follow the directions on the package and do not quit them too early. Oh and then remember to use them! I plan to thank Noreen for reminding me about Zicam .
Netipot and Zicam the one-two punch for colds.

Snipped from Facebook... I doubt that I will see the trail in its winter coat. It is beautiful though. 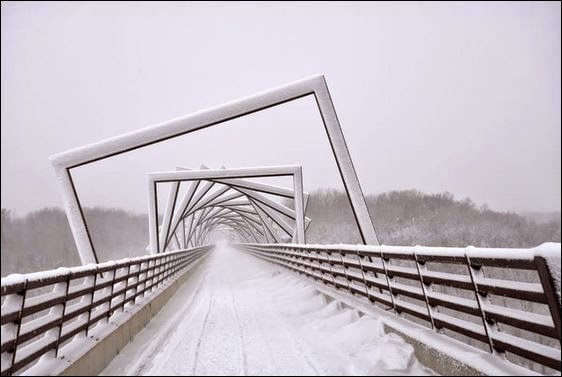 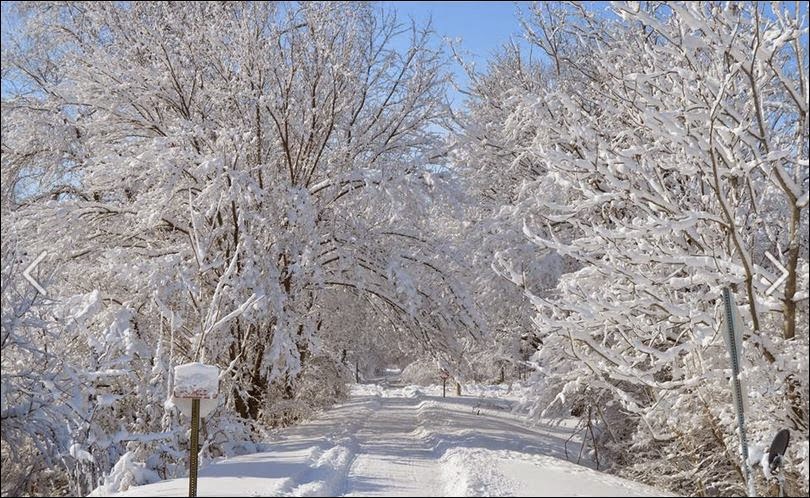 Our Boone Iowa kids sent us some snow pictures. I have been away from it long enough to appreciate the beauty. The truth be known I never minded one good snow, where it came down heavily, and the wind blew and it was not fit out for man nor beast. I loved it as long as I could stay put in my cozy warm home and go from window to window  and watch the weather unfold.

And I am liking the memory of it as we are enjoying a sunny 80 degree day with a light southerly breeze reminiscent of a midsummer day in the upper Midwest. 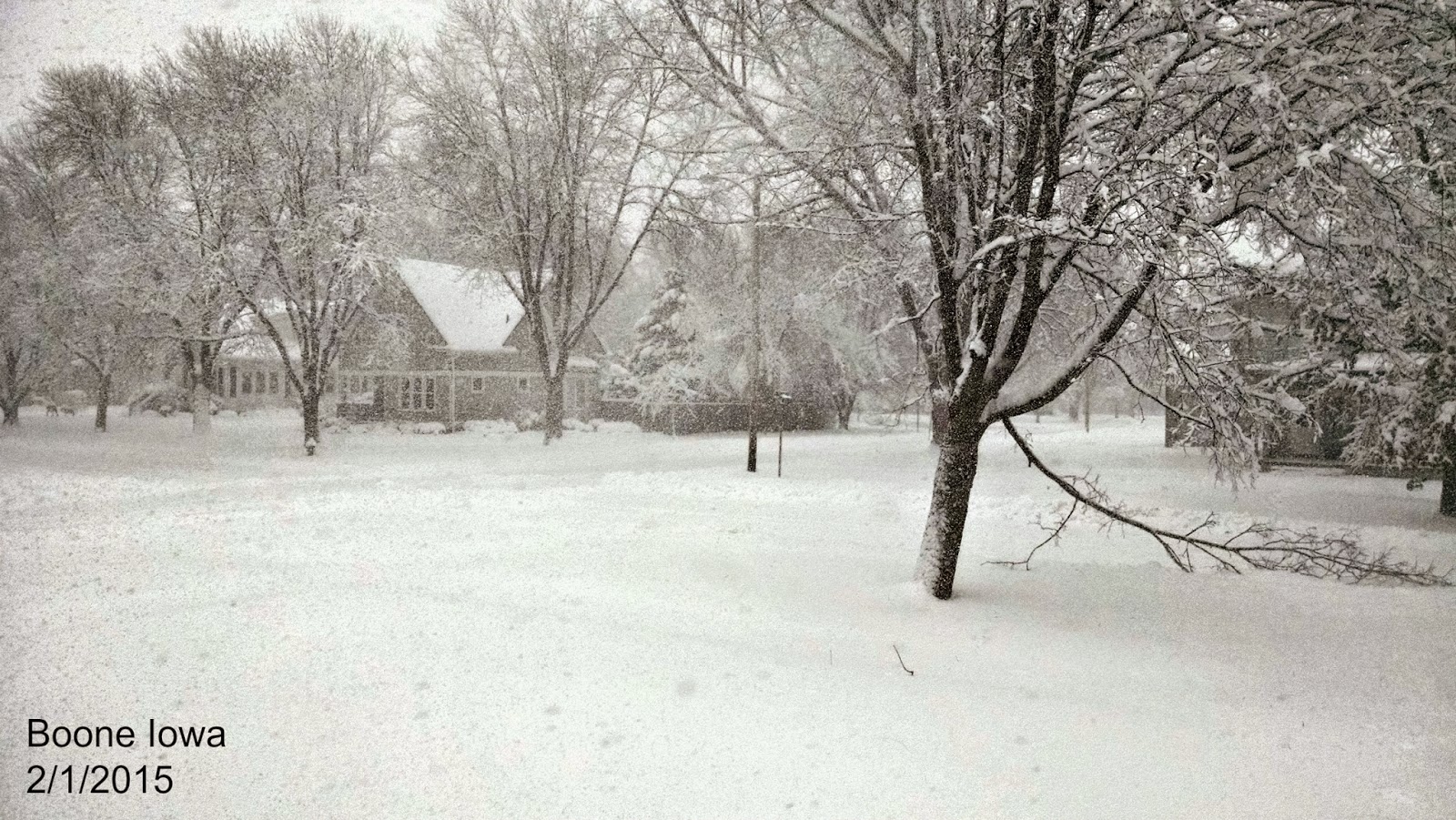 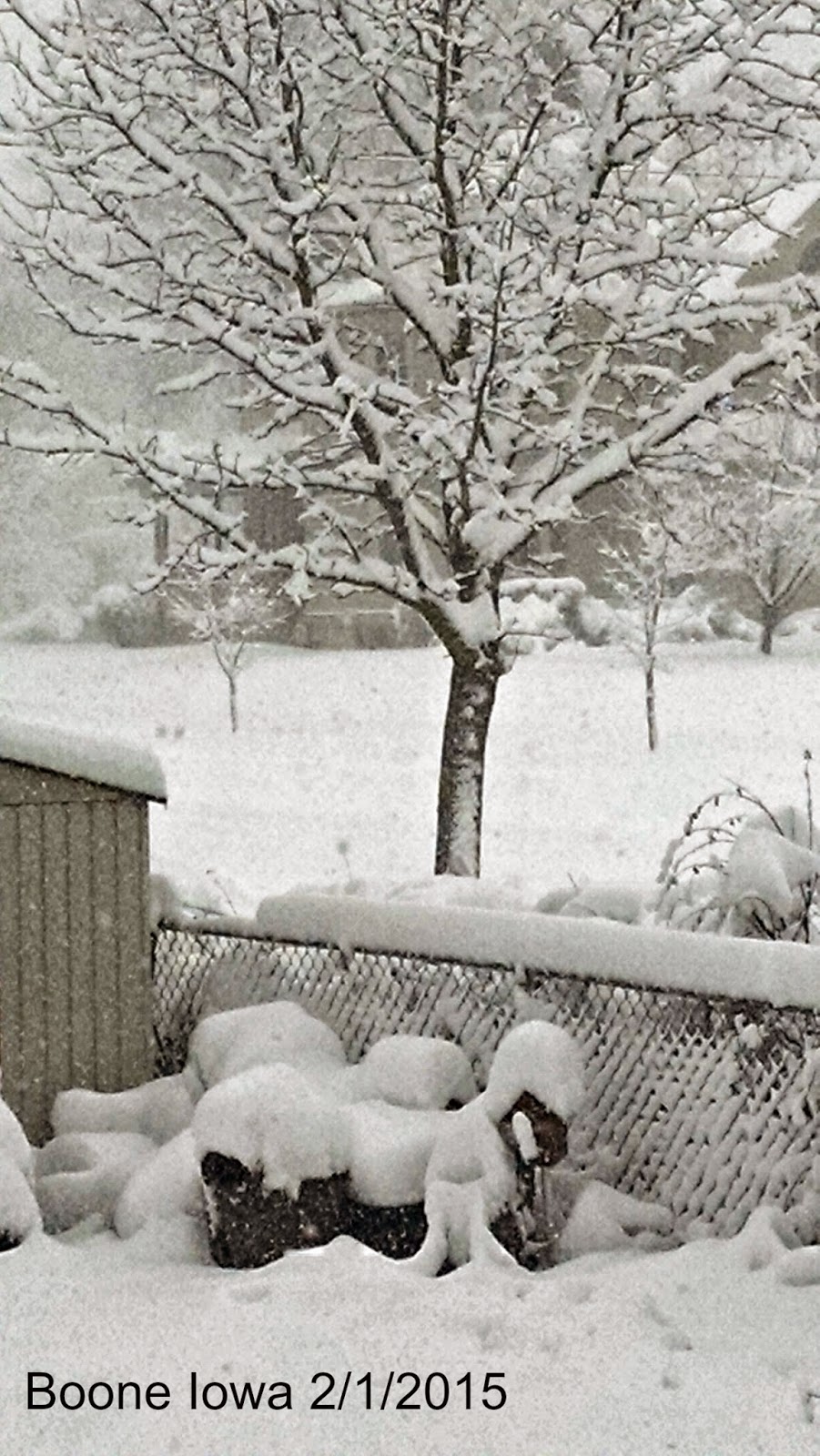 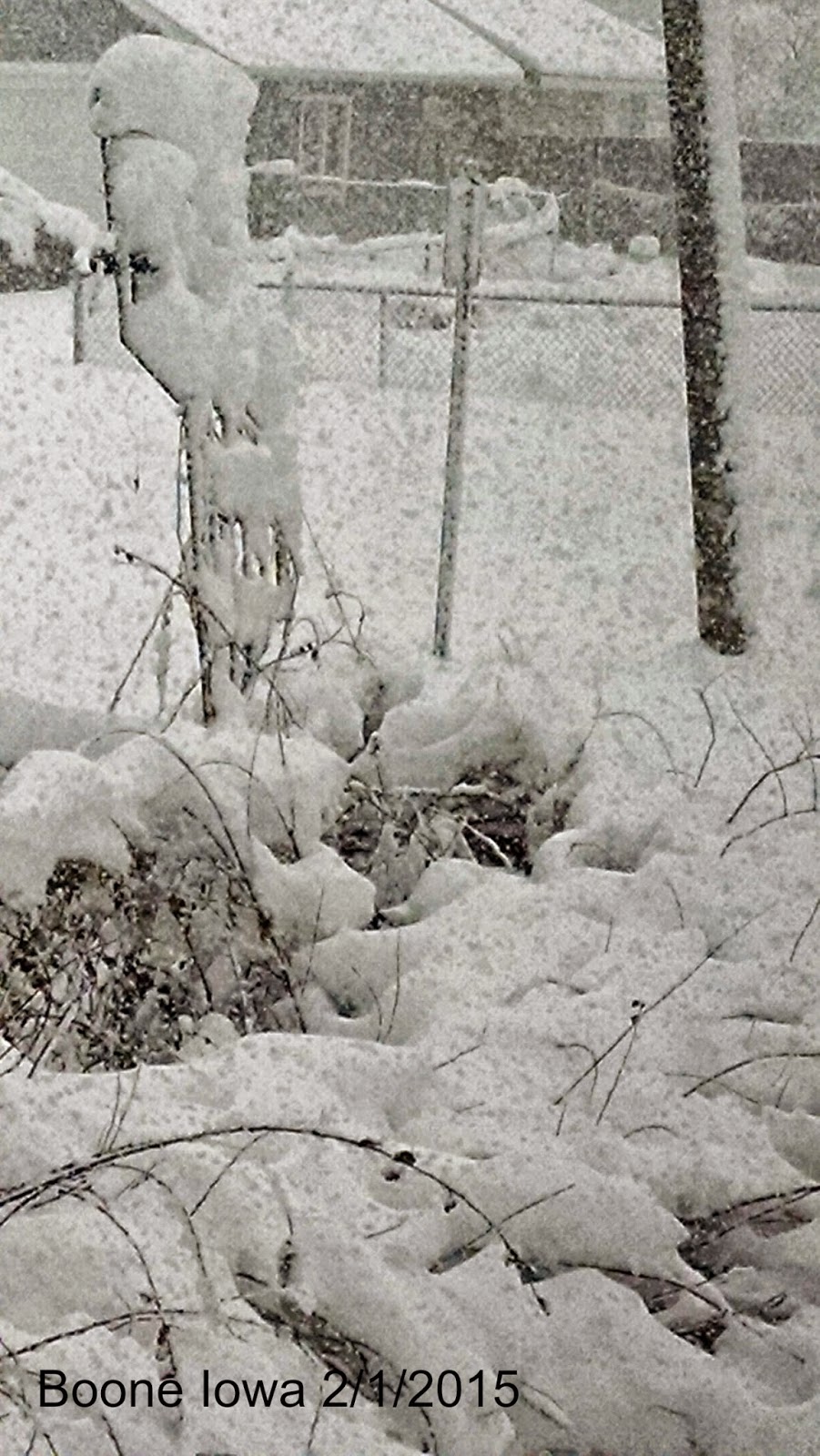 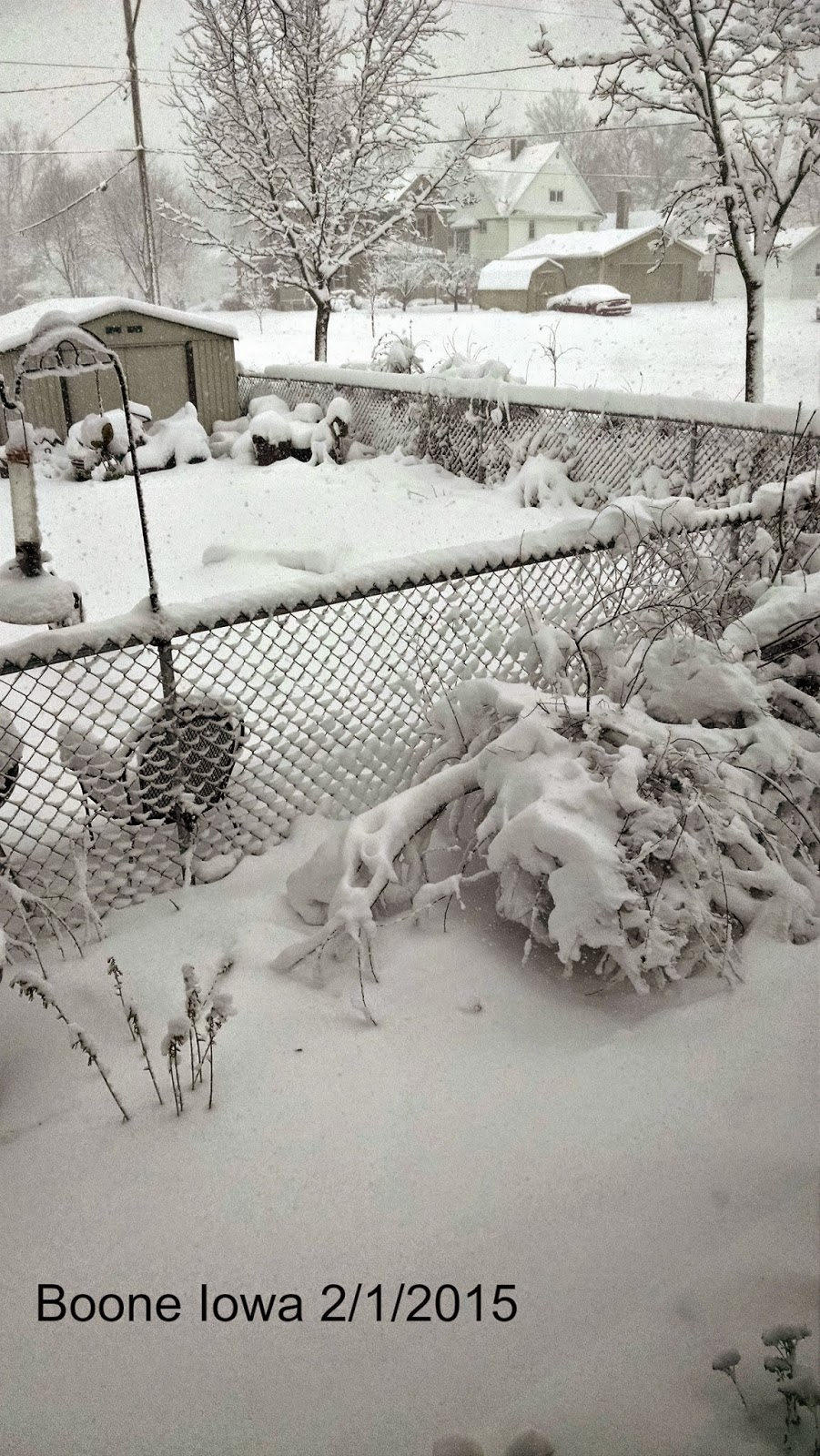 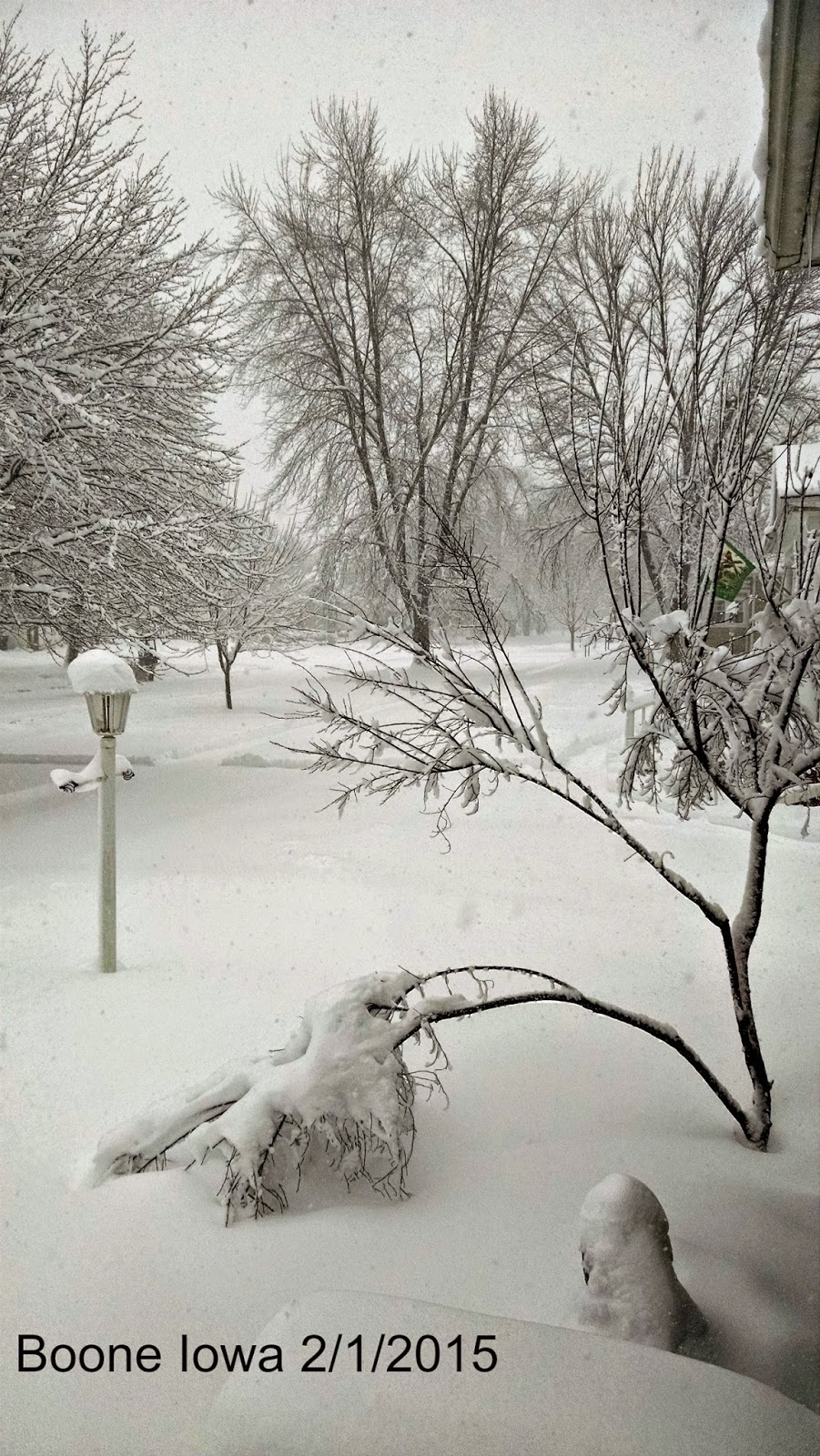 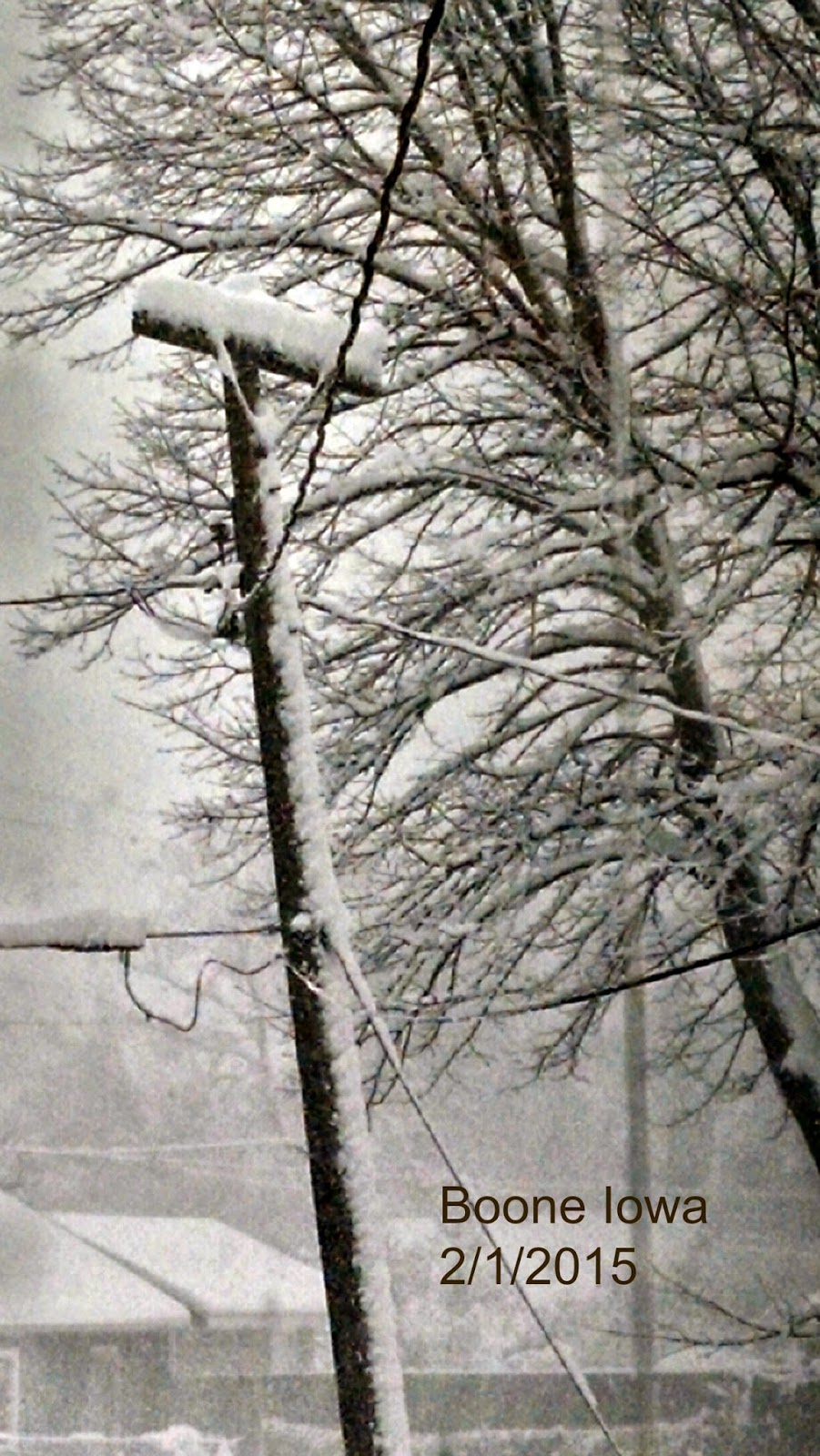